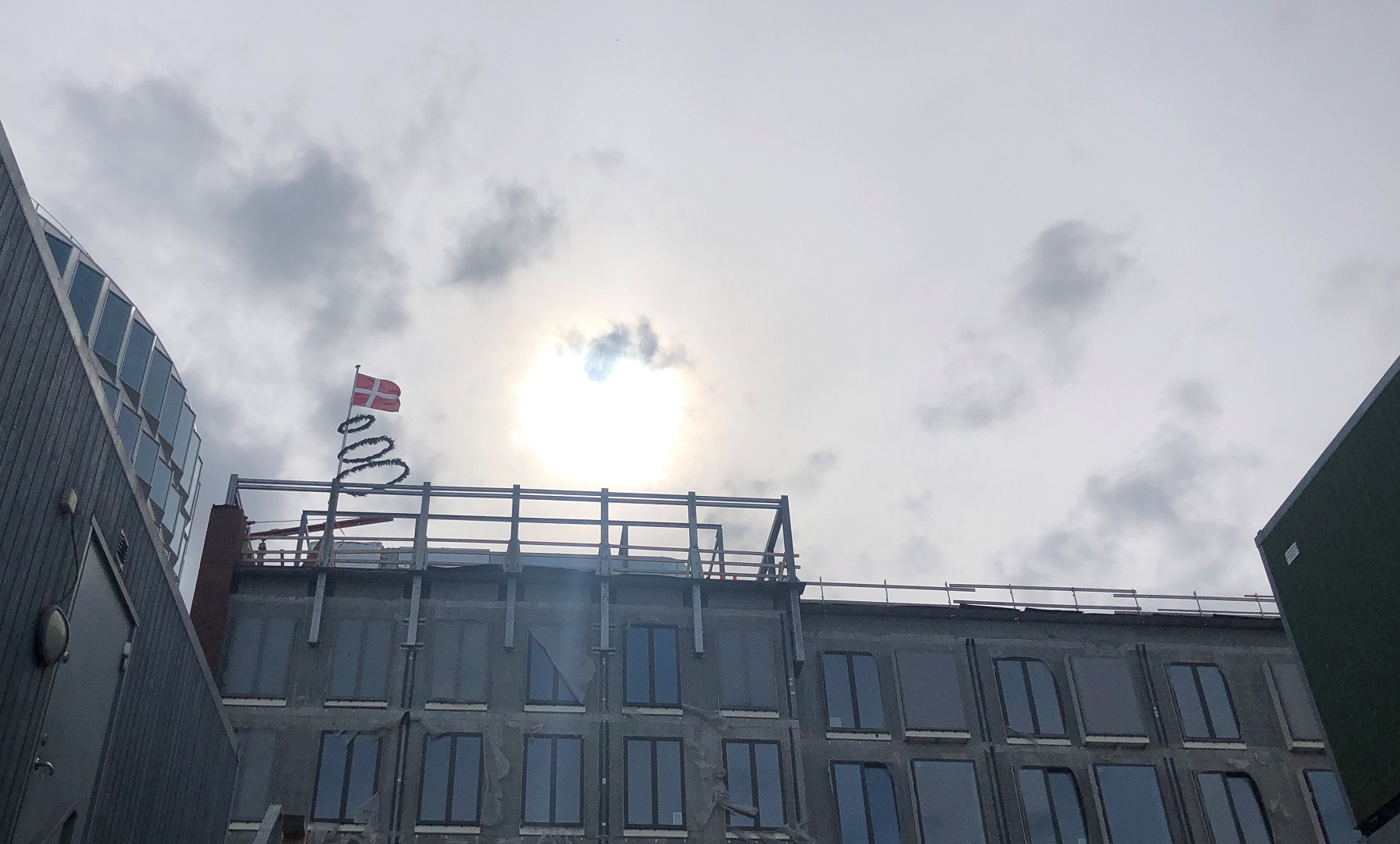 Topping out ceremony at new dual-branded Marriott hotel in Copenhagen

The fifth floor has been reached and the roof has been installed at the upcoming dual-branded Marriott hotel in Copenhagen. The operator, Core Hospitality, is pleased with the progress.

To celebrate the closing of the roof at all five buildings of the construction site NORDØ in Copenhagen, including the upcoming Fairfield by Marriott and Residence Inn by Marriott, a topping out ceremony was hosted by investor PFA on Thursday, September 8th. The tradition of a topping out ceremony originates from Scandinavia, where it was once the religious rite of placing a tree on top of a new building to appease tree-dwelling spirits displaced in the construction. Interior and technical work can now begin inside the hotel, which is expected to open in a year.

The hotel is part of a major investment by PFA, which also consists of two apartment buildings and two office buildings, one of which is considered a landmark for Copenhagen harbor. The office buildings are fully rented by Trifork, Bech Bruun, and Copenhagen Infrastructure Partners.

The first of its kind in Europe

The dual-branded hotel will house two service offerings. On one side, longer stay guests at Residence Inn by Marriott can rejoice in apartment-styled suites with separate living, working, and sleeping areas, including a fully functional kitchen. On the other side, a traditional select-service hotel brings Fairfield by Marriott, one of the largest brands in the world, to Europe for the first time.

“With the topping out ceremony, we are one step closer to introducing a new megabrand to Europe. The dual-branded hotel offers many opportunities from a branding perspective, and we believe that both Fairfield and Residence Inn have great potential for scale in the Scandinavian region, being ideal for property investors with favorable cost-to-build models and solid performance records,” says Kristian Haaber, Brand Manager at Core Hospitality.

In addition to the powerful Marriott Bonvoy loyalty program, the hotel is set to be competitive from a sustainability perspective, too. The hotel aims to be both DGNB Gold and Green Key certified after opening. Among the many initiatives are 800 sqm solar panels on the roof with additional power being 100% renewable, eco-certified chemicals, and schemes to decrease overall chemical use, EV charging stations, and bike rental, among others.